I’m not particularly one for making New Year resolutions, but I am personally quite a reflective person, and I do enjoy taking some time over the holidays to reflect on what I have accomplished throughout the year and think about what I want from the coming year.

I think 2016 has been a bit of a strange year overall for a lot of people – not sure if there was something going on cosmically, but it feels to me like it has been a year of upheaval. Perhaps Brexit and the Presidential elections have had something to do with it? Not that I am about to get into politics, it’s just more that it was difficult to not be affected by how unsettled it made everyone.

Anyway, back to things more light hearted! (Like toys!)

The best bits for us as The PlayBag Company this year has definitely been getting out and about and meeting lots of you at shows and events! I love being able to show you the PlayBags personally as they are so tactile, and that is difficult to be able to get across on photos on a website. It is also lovely to get your feedback and ideas. As a result of some of these ideas, we are now selling toys to go along with the PlayBags, and we are also in the middle of developing a new line which we are really excited about…. The PlayBag BackPack!! But shhhhh! These are still in prototype phase being tested and modified, but we hope to be able to launch them at the Baby and Toddler show in Oxford in February!. More on this on a later blog.

We have also been a finalist in the Networking Mummies Business Awards, Shortlisted in the Best Baby and Toddler Gear Awards in the Most innovative product for Toddlers category, and been crowned Queen Of Toy Bags by the Royal Connection on Twitter! 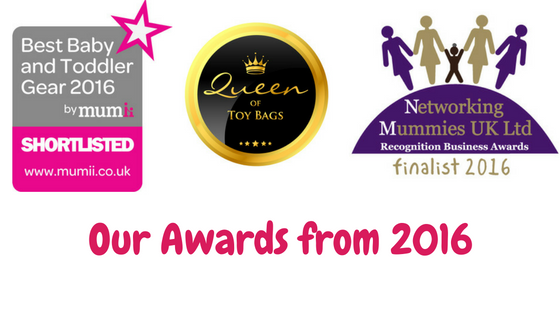 Personally, it has been an amazing year being able to watch my daughter competing at three regional competitions, two national competitions and her first international championship and winning lots of trophies. (Proud mama moment over – she gets a little embarrassed!!)

Although 2016 was difficult, we definitely had a lot of highs, and we are heading into 2017 full of big plans and optimism! We have already booked into shows in Oxford and Milton Keynes, and are planning to make some appearances elsewhere throughout the year. We have just launched our newsletter which we have loads of ideas for fun downlaodables for you. As well as launching our BackPack range, we are also busy testing a new mini and maxi design which we are super excited about. 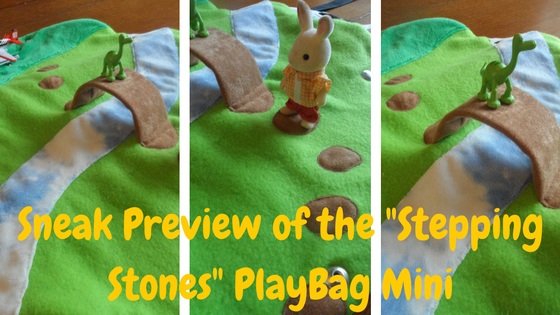 Wishing you and all your families a fabulous New Year! Hoping that 2017 is The year for wonderful things.