Well good afternoon! Things were very quiet around PlayBag HQ last week as me and Caitlin flew off to West Africa! Not that I want to bore you with every detail of our trip, (which was amazing!), but instead thought I’d give you my top ten highlights!

So different from our own! Obviously very dry and dusty, and it took a while to get used to the vultures flying overhead, but some of the scenes were like something off an exotic movie set! 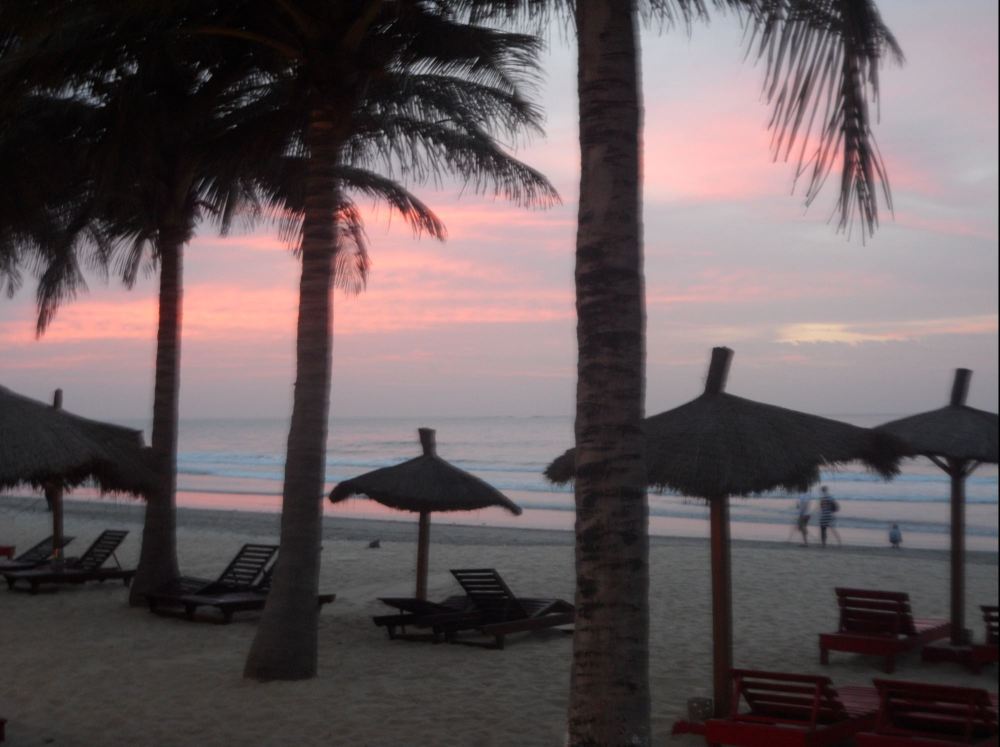 The beach outside the hotel

The welcome to the village

One of my favourite memories from the trip has to be the welcome we had to the village with the traditional dancing and the kumpo (a man dressed fully in grass who spins around on pole on his head!) It really has to be seen! 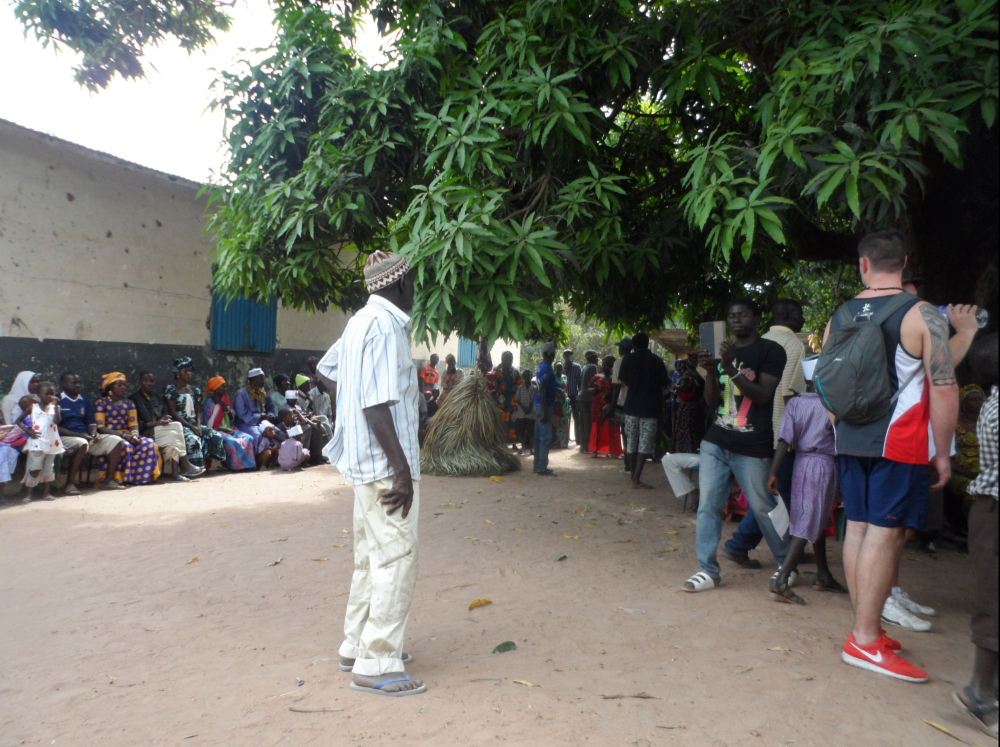 Welcome to the village of Penyem

Although we have been involved with the charity, Northampton Trustee Fund, for over seven years, this is the first real contact we have had with the family we have been supporting. We have always felt rather removed from the whole process, but now can feel more connected as we have spent a day with the family at their home. Our main reason for visiting the country in the first place! 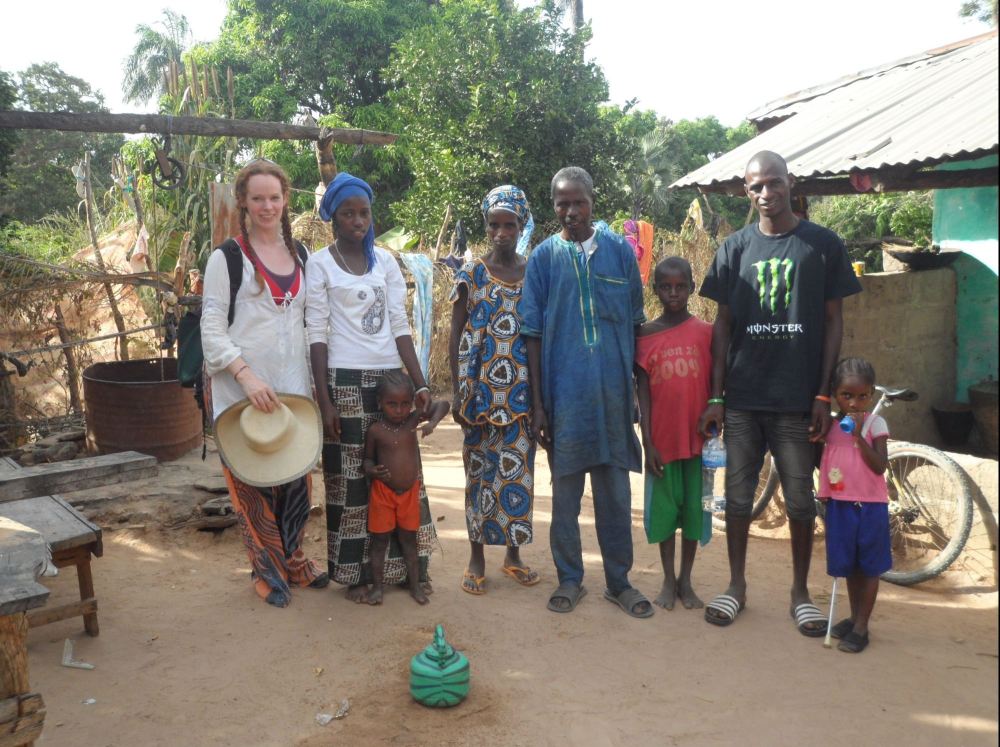 Learning to cook a traditional dish

Food is as it should be: fresh local and in season. I felt really good on their diet and didn’t crave chocolate once! Also at the resort we got the chance to learn how to cook a traditional dish – Benechin, which literally means "one pot". It is pretty much rice, meat and vegetables. Easy, tasty and healthy. I will definitely be trying this one out soon!

I have a lot of respect for the people of Gambia. Firstly, for a small country there are many local languages, which are all different and unique. Most of the people there will not only speak their own tribal language, but also several of the others as well as most being able to speak a good level of English. In the tourist area, they often also speak other languages such as French, Swedish, and Dutch amongst others. Puts us to shame really! Secondly, there is great competition for jobs, with tourism and self-sufficiency being high on the agenda. They often work long hours for little pay and have extended families to support. They are also seriously friendly and warm people. It’s not called the “Smiling Coast” for nothing! 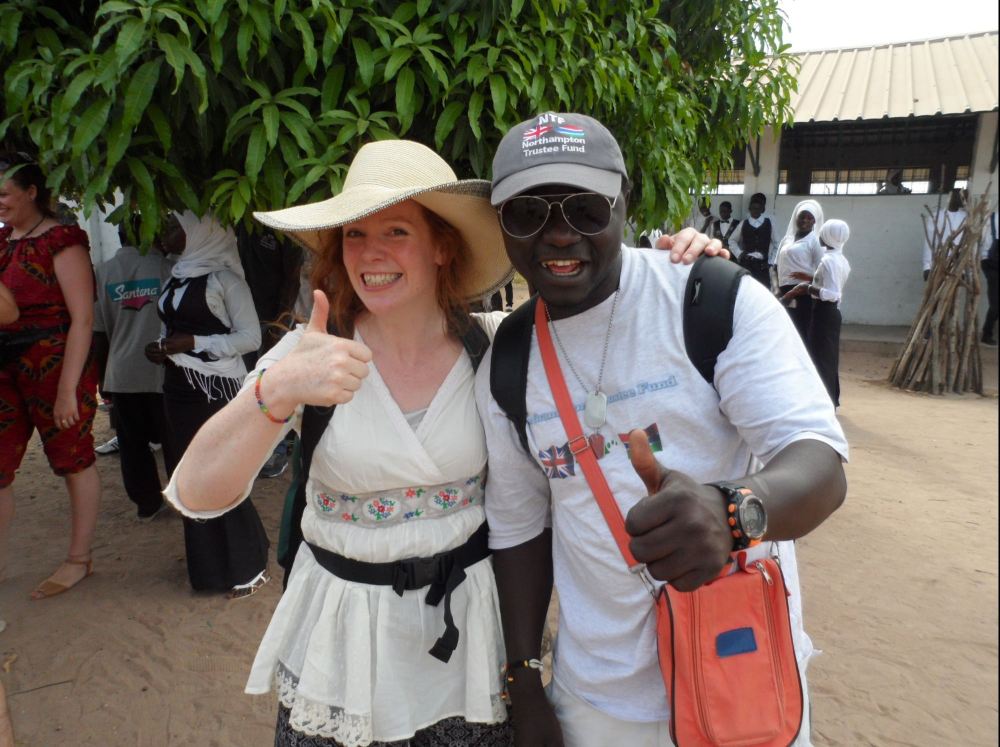 Learning some rhythms on the djembe drums

Now then, I really got into this and have promised myself that next time I go (and yes there will be a next time), I am coming back with one of these. A small group of us had a lesson down on the beach learning about six or seven of the traditional rhythms, with our teacher explaining the history and traditions behind them. When we got to the village, we found a couple of drums to test out our skills (and memories!) 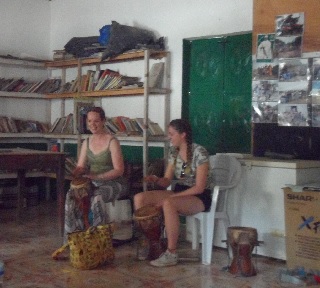 Practicing the drums in the classroom

Rediscovering my competitive side

On the days where we did not go out to the local markets or village, we got a change to “relax” at the resort. By relax I mean playing beach volleyball and getting slightly obsessed with table tennis which I haven’t played since I was about 17! I now remember why Caitlin is as competitive as she is! We were a formidable team, challenging everyone who was brave enough to take us on! Caitlin also took no prisoners when it came to football and water polo too! 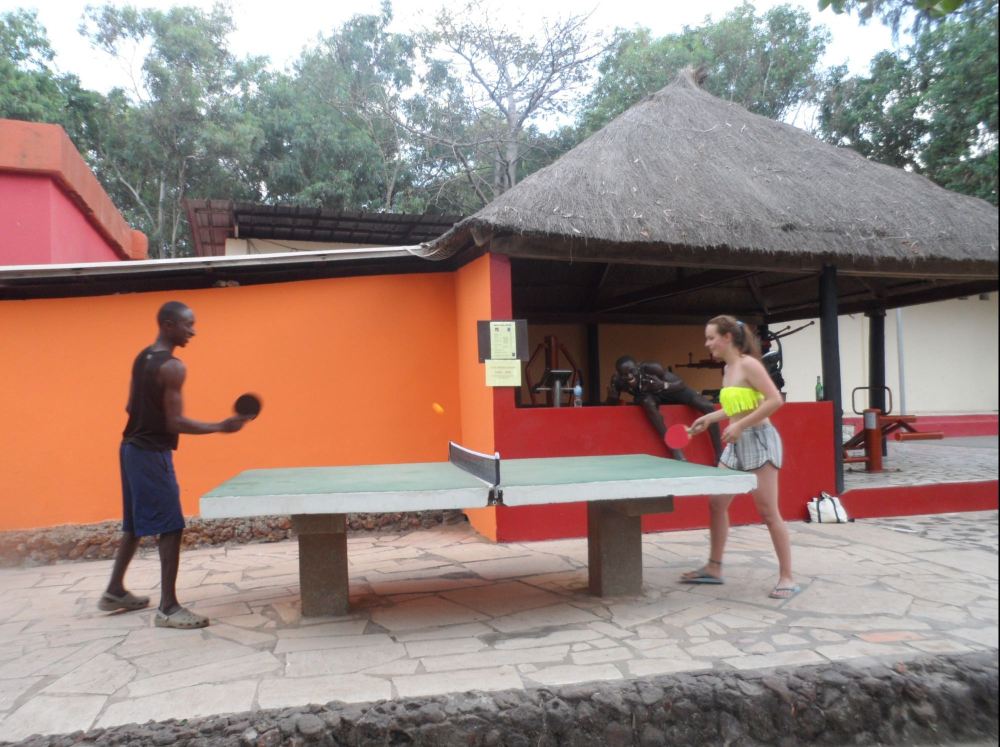 Although most of the people do speak English, the very young or the elderly tend not to. It always amazes me how we do manage to get by without language when needs occur.

People thinking I was 10 years younger!

Got to get this one in! It may come across as vain, but it made me feel pretty good to be mistaken for my daughter’s sister! Not that she was very happy about it, as it meant that she was aged by five years and I was made younger by twelve years! 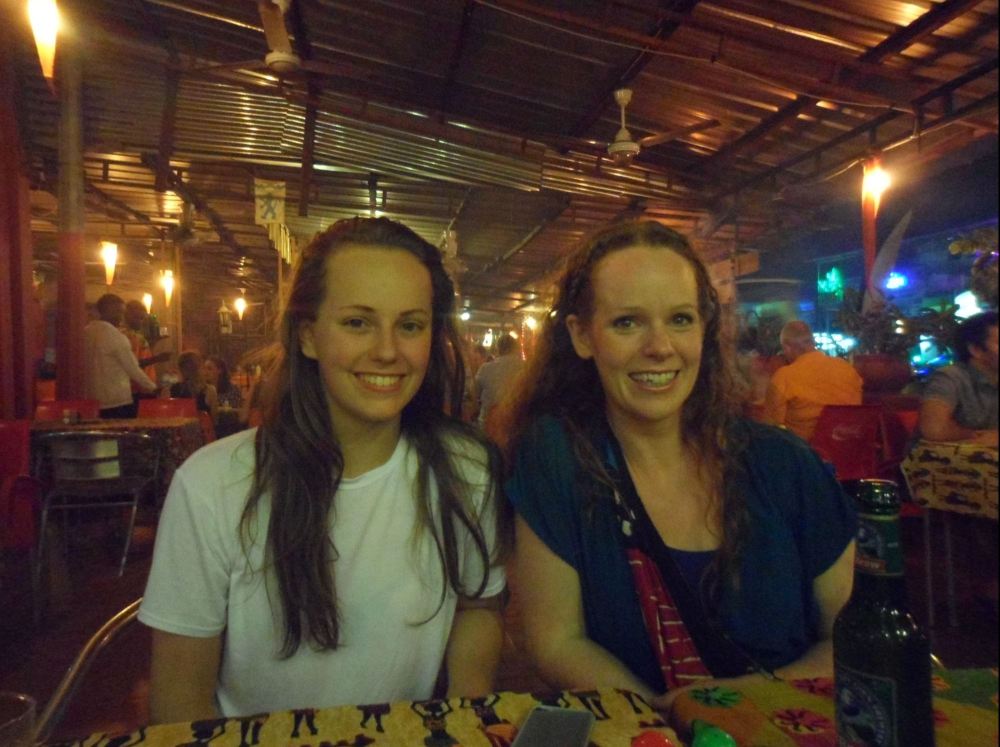 The sun (and not getting sunburnt!)

I think I was so paranoid about this one! I have suffered heat stroke in Scotland in May, and can get burnt on an overcast day, so I was super careful! I was rarely seen without my big floppy hat and my pashmina! Oh and the factor 50! 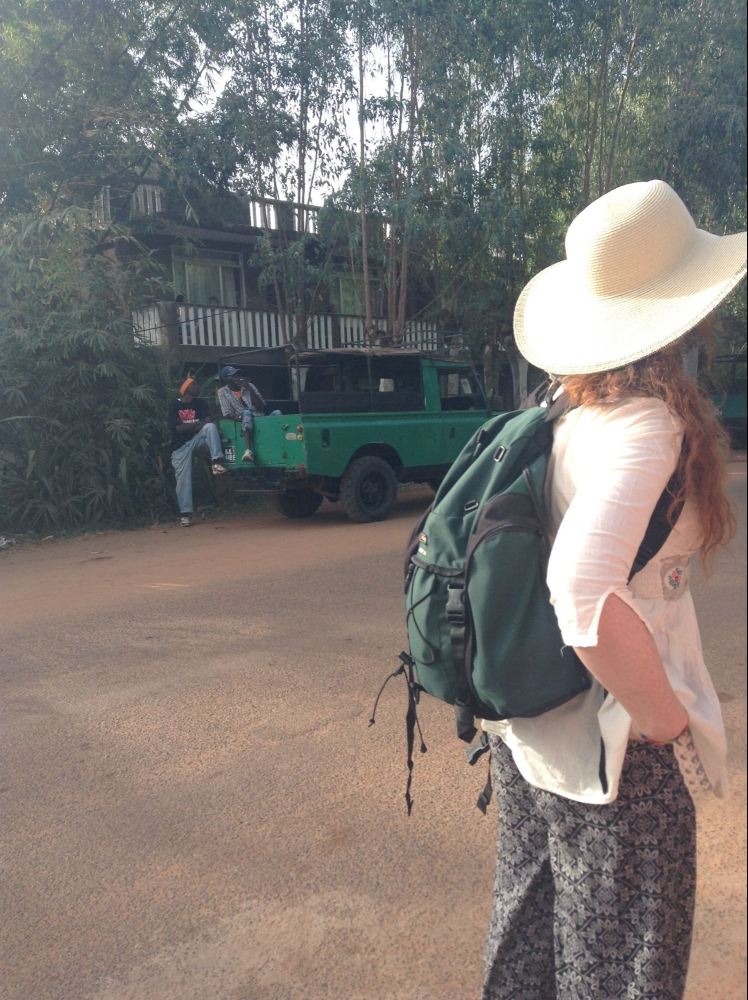 So would I recommend The Gambia? Yes! Will I be going back? Definitely!